Dwellers said that they became aware of the problem when they began to smell the product from a distance.

Some locals claimed they intended to treat the fuel before selling it.

In order to avoid any danger, members of the Ghana National Fire Service and several police officials had to intervene and stop citizens from removing the diesel from the drains.

When people are in need in the adjacent villages, a resident told the news crew, it doesn’t make sense for the Police to stand in the way of them collecting the diesel.

So, as we struggle in the village, they want everything to go to waste? What do they want us to do now that Christmas has arrived? I’m not sure if it belongs to the police. I don’t currently have a selling price. I will simply give someone what they need and take a modest amount in return. 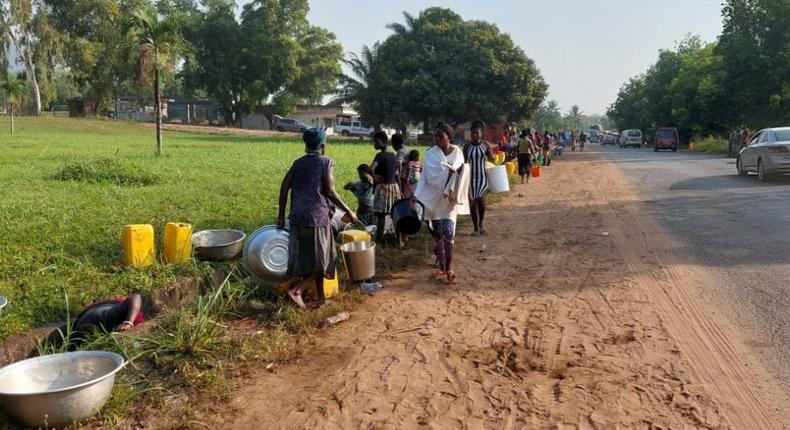 Eno Barony teams up with Duncan-Williams’ son on latest track, ‘Don’t Judge Me’

“KumePreko Demo”: We Won’t tolerate any act of violence – Organisers

Eno Barony teams up with Duncan-Williams’ son on latest track, ‘Don’t Judge Me’

“KumePreko Demo”: We Won’t tolerate any act of violence – Organisers

Fuel prices drop by more than ₵2 at pumps

Some university lovers have been found dead in their hostel

Ashanti Region has the highest rate of HIV/AIDS prevalence.

Kofi Adomah Nwanwani rushed to the hospital after assassins attacked him

Elon Musk pulls out of $44bn deal to buy Twitter

Armed thugs who shot 5 including chief at Assin Praso arrested